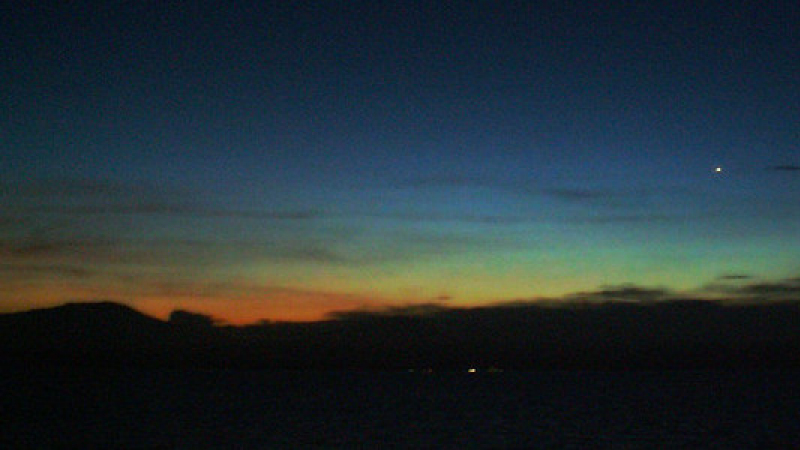 A sermon for the 1st Sunday of Advent

My dear faithful, I would like to read you a poem; a poem which the author wrote without any intention of it being put to use in a sermon, but which nevertheless serves very well for the First Sunday of Advent. The title is: At Daybreak

I LISTEN for him through the rain,
And in the dusk of starless hours
I know that he will come again;
Loth was he ever to forsake me:
He comes with glimmering of flowers
And stir of music to awake me.

Spirit of purity, he stands
As once he lived in charm and grace:
I may not hold him with my hands,
Nor bid him stay to heal my sorrow;
Only his fair, unshadowed face
Abides with me until to-morrow.

If you go into a MEDIEVAL GOTHIC CHURCH, one which has its stained glass windows in tact, you will notice that there is a progression in the scenes depicted there.

On the NORTH SIDE, to the left of the high altar the scenes are generally those of the Old Testament. Adam and Eve, Cain and Abel, Noah, Moses, Abraham, Melchisadech, the prophets. They are in chronological order.

The scenes on the SOUTH SIDE to the right of the high altar are generally of the New Testament and are in the chronological order too.

It is above the high altar facing eastwards that we find the dividing point between the old and the new.

The reason why churches face east (and all churches did face eastwards until recent legislation allowed otherwise), is symbolic and beautiful, for it is eastwards that WE MUST FACE TO SEE THE DAWN.

IT IS EASTWARDS that we face to greet the rising sun. There is nothing more sublime than to see a priest elevate the Sacred Host at the break of day, facing the rising sun pouring through a rose window, or any window, above the altar.

TO THE NORTH, there is coldness and shadow; to the south the light of day. It is to the north that the priest or deacon proclaims the gospel, the good news to those who have faith in a Saviour but do not yet know Him. It is to the south that he encourages those illumined by charity with the epistles. But it is to the east that we find our hope. Hope for daybreak.

Advent: A Time for Hope

The poem recited above is by Siegfried Sassoon and recounts the agonising wait for dawn in the cold, wet, fearful vigils in the trenches of the First World War. The vigil is full of hope for the dawn, for warmth, for light. IN THIS TIME OF ADVENT too, Holy Mother the Church reminds of the hope of the patriarchs and prophets for it is salutary. Just as they waited faithfully, in readiness, in hope for the Messiah, we too should do the same.

There are three advents of Our Blessed lord, my dear faithful, you know them I am sure:

Let us, my dear faithful, look to the liturgy of Advent, to understand the Church’s yearning for Her bridegroom. The liturgical texts, the Introits, Collects, Post Communions and Antiphons of Laudes and Vespers are among the most beautiful of the liturgical year.

Brothers, says St. Paul, the hour has now come for us to awake from slumber for our salvation is closer than we have believed. (Rm 13v11)

Let us make this Advent an Advent in the spirit of the Church.

Please do not be sidetracked and befuddled by the stifling commercialism and revelry of the world, particularly before the Mass of the Christ Child.

Make this Advent a vigil, watching for He who is most beautiful, most loveable, and He who loves us best.

Make this Christmas to come a time of sunlight bursting through the stained-glass windows of our souls. Not for the first time, for most of us, but with a greater intensity, so that, flooded with Divine Light and warmth we may ever grow in the likeness of Him to whom we wish to united for ever and ever.